Professor the Baroness Finlay of Llandaff 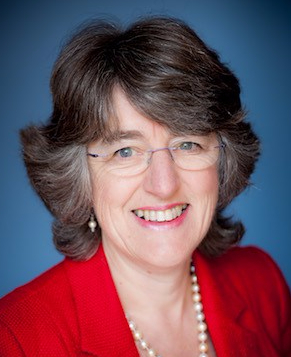 Ilora Finlay is Professor of Palliative Medicine at Cardiff University.  She was the first consultant in Palliative Medicine in Wales in 1987, set up the hospice there and has developed palliative and hospice services across Wales.  She has worked with Marie Curie Cancer Care since 1987 and is now a National Vice President. As Chair of trustees, she recently took the National Council for Palliative Care through merger with Hospice UK and is leading the national conversation on Death and Dying through Dying Matters.

She also chaired the Association for Palliative Medicine of Great Britain and Ireland and established its ethics committee during her three-year tenure, served on the BMA ethics committee for many years and now holds the UK branch UNESCO chair in bioethics.

She has lead implementation of the Palliative Care Strategy in Wales since 2008 and has been instrumental in changing palliative care services across Wales to ensure 7 day working by specialist teams with consultant advice available 24/7. She is determined to ensure that the patient experience influences strategy and that professionals listen to patients more.  To enhance this, she introduced iWantGreatCare as a dynamic tool to ask each patient to evaluate the service they receive from specialist palliative care teams across Wales.

In 1989 she established the Diploma in Palliative Medicine which has now led to MSc distance learning courses and now e-learning in palliative care at Cardiff University. Graduates wishing to enhance clinical skills in palliative care study to Diploma level and those wishing to also develop research skills with a view to being leaders in their own area then continue to MSc level. These courses are internationally renowned.  About 2000 senior clinicians worldwide have graduated for Cardiff, many becoming international leaders in palliative care in their own countries.  The course has close links with India and New Zealand with residential teaching blocks run in Bangalore for some years.  It has also run residential teaching days in Hong Kong, Singapore, Malaysia.

In 2015 she was appointed by the Ministry of Justice and Department of Health Ministers to chair the National Mental Capacity Forum, to improve implementation of the Mental Capacity Act across all sectors in England and Wales.  She has brought together services from health, social care, research, finance and investment, legal, utilities, telecoms, retail, transport and other sectors to improve the empowerment and support to those with impaired capacity.

Since her elevation to a Peerage in 2001, she has been actively involved in debates and amending legislation on many health issues, particularly control of tobacco and alcohol abuse.  She has been actively involved in the ban on tobacco advertising and on smoking in public places, having tabled the first Bill (Smoking in Public Places (Wales) Bill 2003) on the topic, with other tobacco control measures including standardised packaging, a ban on point of sales displays of tobacco products, and prohibiting smoking in cars when children are passengers. She persuaded the government to introduce a sobriety scheme of community sentencing for alcohol fuelled crime, of whom 95% successfully completed their alcohol free sentence in the pilot.

She took the Sunbed Bill through Parliament, ensuring sunbeds are supervised and not used by those under 18.  She led the successful campaign to establish the post of Chief Coroner in legislation and in 2017 changed legislation so that those detained for care and treatment but have lost mental capacity are not classed as being ‘in state detention’.

As a Member of the Select Committees on Science and Technology she chaired the enquiry into Allergy.  She is the chair or an officer of several All Party Parliamentary Groups, including on Carbon Monoxide; she chaired inquiries into low level exposure to CO and into behavioural change to raise awareness of the dangers of CO.

She chaired the Royal College of General Practitioners Commission on Medical Generalism, is an invited Parliamentary Observer on the Medical Schools Council for the UK and has been a longstanding elected member (by annual re-election) of the Ethics committee of the British Medical Association.

She served on Select Committee on the Assisted Dying for the Terminally Ill Bill and has been an expert witness to the Scottish Parliament on the topic.  She is co-Chairman of Living and Dying Well, a think-tank to examine the evidence around euthanasia and assisted suicide. She is currently opposing attempts to legislate for physician-assisted suicide for England and Wales.

She was Welsh Woman of the Year 1996-97 and has held Visiting Professorships in the Netherlands and Australia. In 2008 she won the coveted ‘Woman Peer of the Year’ award and in 2007 was named Parliamentary Charity Champion.  In 2014 she was awarded the Lifetime Achievement Award from the Welsh Livery Guild.

She has published and lectured widely on palliative care, and researched into aspects of cancer palliative care.  She has remained an active clinician, teacher and academic as well as being involved in Parliament.

217 papers in peer reviewed journals and known in the media, with articles in The Times, being grilled about end of life care on Radio 4 Today programme and TV news items.  She has written 7 books and more than a dozen official reports.